Truth, language and knowledge are closely related, and in some aspects, they overlap. In the Christian worldview, language and knowledge reflect God’s wisdom. In modernism, language is rational and is science’s vehicle. Not surprisingly, language is viewed differently by a postmodernist. What is surprising is that postmodernism rejects the very language it uses to describe itself – as with truth, words (even those used by postmodernists to describe postmodernism) don’t correspond to reality. In fact, words have no real meaning, but are only subjective fluid symbols and representations (“signifiers“). This brings us to a hallmark of postmodernism: the invention of new words, called “neologisms“, to painfully describe what was once said in fewer and simpler words.

There are certain buzzwords, some of which are neologisms, that are used frequently by postmodernists (or others), when discussing postmodernism. Those used in this article are listed to increase the reader’s familiarity with them.

As stated before, worldviews are influenced by the understanding of truth. The understanding of truth is then reflected in beliefs about language and knowledge. As we explore postmodern beliefs we will examine a neologism that is important to know, according to postmodernists. The term is “metanarrative” and is used in the writings of philosophers Jean-Francois Lyotard and Jacques Baudrillard, among others. A metanarrative is “the big scheme of things“ – a great story that explains the creation and purpose of the universe and its relationship to its parts (religion, science, philosophy, art, etc.). It is what we commonly call a worldview, which makes one wonder why postmodernists don‘t just call it that. Curiously, while they have invented the term, postmodernists reject the concept of a metanarrative, which makes one wonder why the word was invented to begin with. Despite this denial of the concept of a worldview, postmodernism itself is a worldview/metanarrative.

Postmodernists believe that all metanarratives have some validity, but none is sufficiently valid to adequately explain the universe. Therefore, there are only “little stories” told by groups and cultures. In Josh McDowell’s The New Evidence that Demands a Verdict, Albert Mohler explains their belief: “Claims to universal truth – the metanarratives – are oppressive…and thus must be resisted.” (Emphasis added).

Language cannot be discussed without mentioning influential French philosopher, Jacques Derrida. He introduced a method to analyze language (texts) called “deconstructionism“. This method is based on the idea that language is unstable and that the reader, not the writer, determines the meaning of a word or sentence. Today, it is applied to any type of media, not just texts. Another belief is that definitions are tyrannical, which is consistent with the postmodern theme of avoiding clarity, but deconstructionists also define. This method may seem to be of no consequence, but I wonder if it influenced President Clinton’s apparent difficulties with word definitions during his impeachment hearings? As an illustration taken from Jurist: The Law Professors’ Network, when questioned in court, this Rhodes Scholar was heard to answer, “It all depends, on what the meaning of the word ‘is’ is.” As another example, he also adamantly stated, “I did not have sex with that woman.” This would seem to be clear cut, but again, truth was distorted by his definition (or lack thereof) of sex.

Wordplay is seen again in the postmodernist use of “binary oppositions”. These are pairs of words that are opposites; therefore, the theory is that we are favorably biased towards one word, but intolerant of the other in the pair. As an exercise, let’s examine “order” and “disorder“. If order is desirable, then disorder is undesirable. For some reason, postmodernists take this observation further to conclude that it must necessarily follow that those who are disorderly/undesirable will then be wiped out. Thus, order is viewed with suspicion by the postmodernist. This suspicion is a recurring theme in many political writings. In another example, that of “male” and “female“, the premise is that if the male is dominant, then the female must be kept subordinate. This disdain for the dominant is a recurrent theme in feminist writings. “Dominance” (frequently called “hegemony” in postmodern circles) is therefore seen as bad because it implies oppression.

Although there is some truth in these social and political analyses, there seems to be an excessive paranoia involved. Words are important, but if we are constantly evaluating certain words with unwarranted suspicion and anxiety, we become overly cautious about using them. They then become fuel for rhetoric. As an example, I recently heard a woman on television decrying the use of the word “alien” when used as part of the term “illegal alien”. She objected to the possibility that illegal aliens might thus be negatively associated with extraterrestrial aliens. This silliness made me wonder what she would say if there were extraterrestrial aliens watching. Would they be offended by her negative, and therefore intolerant, view of them?

Significantly, during her tirade, the word “illegal” was not discussed, perhaps because she didn’t want to remind anyone that this word was the real issue. She ignored the fact that an alien is simply a person who has not become a citizen. It is not a negative or positive word. However, once it is compared to or set in opposition to the word “citizen”, one must, according to postmodern wordplay, choose citizen as the more positive and “dominant” word, since it is usually more desirable to be a citizen than an alien. It is prudent to choose words carefully, but this new foolishness in tiptoeing around words becomes part of the game called “political correctness”. Political correctness is a tactic of manipulation hidden under the guise of sensitivity to the feelings of others, especially minorities. Politicians frequently use this tactic to promote an image of sensitivity and tolerance to whichever group they are trying to influence at the time. We should be sensitive to the feelings of others, but of everyone’s, not just those of minorities. As with anything else, truth shouldn’t be compromised to prop up someone’s political agenda.

Language expresses truth. When language is corrupted, truth is eroded and this is a concern for many reasons. One reason is that truth helps define a person and that person’s relationships: A person’s integrity is defined by his or her truthfulness and trustworthiness, and truth and trust are the bases of relationship formation. Important relational and life decisions depend on truthful information. If we are to have healthy families, healthy connections with others, and healthy work environments, truth is necessary.

Another reason for concern about truthful language is based upon the necessity of a free press in a democracy. Gov
ernments that are more open and truthful tend to be healthier than those that are not. When there is erosion of truth, there is no trust; and relationships, whether between individuals, or between governments and citizens, deteriorate.

God’s word is the supreme message

Language must be rational

Communication is enhanced with science/technology

Words have no real meaning

Mass media domination with no originals, but copies of previous work (ex: CDs)

Other Lessons in PostModernism

This site uses Akismet to reduce spam. Learn how your comment data is processed.

You Can Be A ThD In Less Than 24 Months! 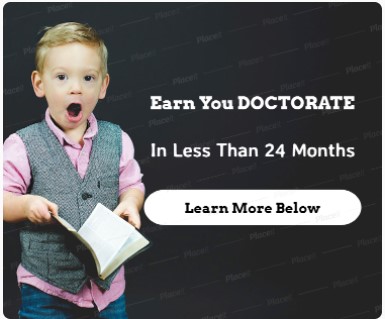 Now  You Can Earn A Theology Doctorate Via Distance Education!

You Have No Idea How Much This Will Change Your Life!

You Must Act Now! 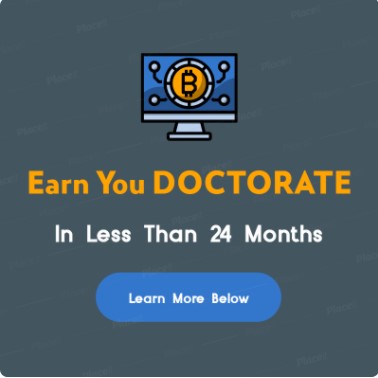 You Are the Only Person Who Can Change Your Life!

We Are Here To Help You!

This Is A Fact!

You Can Earn A ThD In Less Than 24 Months!

Seminary education has become increasingly expensive in the past few decades. As a result, millions of pastors, church workers, and missionaries from the poorest among poor countries have been left without any formal training. In turn this has deprived their…

END_OF_DOCUMENT_TOKEN_TO_BE_REPLACED

Make The Most Of It Now!

Solutions For A Busy Person!